Limpid sun, a title that resonates like a call, an impulse, an incantation. To the living that connects us, humans, stones, trees, animals. Anan Atoyama explores the sensitive relationships of life, drawing on the research of biologist Jean-Pierre Guyon. Preferring a horizontal approach rather than the pyramidal Western vision that currently shows its limits, she digs the edges of the possible with interpreters from very different signual universes. Together the artists of five different cultures seek to reveal a sensitive and singular world, the one that is there, around us, and that we do not know how to see. The one that connects all the living, that makes us an ecosystem in an ecosystem. The gesture unfolds like an ivy, looking upwards, picks itself up like a stone, drawing its energy from the ground, or spreads like a river. Images, sounds, texts, sensations are all avenues to guide the research, to try to approach "sincere energy". That dance is inhabited by successive layers, traces and reminiscences, that metamorphoses occur and that each personality reveals something about him and the other. Thus Anan Atoyama recreates the dynamics present in nature, that of harmony in disharmony, and reveals to the viewer a sensitive, organic and contemplative dance. Text by Gallia Valette Pilenko 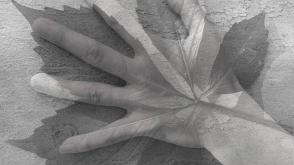