"Once upon a time, a faith

Found in the guts,

Watered a flower of life

Before it could wilt"

This production is the danced testimony of a man who realizes that since his childhood, his behavior has been dictated by norms based on the fear of himself and the other. The collapse of his foundations throws him into a chaotic space, made of freedom and possibilities. What reference point should he then choose in order rebuild himself differently, what roots does he need to let him tap into the essence of his existence again?

"The brutal death of my father and the journey to India that followed spawned in me the following universal question: Death awaits you at the end of the road, how will you decide to travel up to that point? "

Before it Wilts witnesses a man confronting his deepest fears. 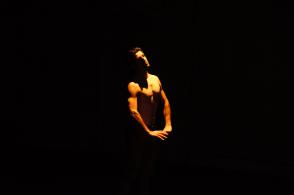 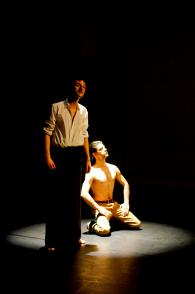 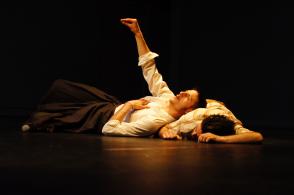 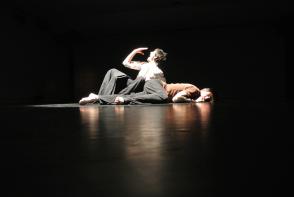 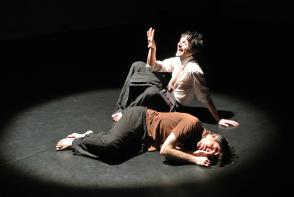 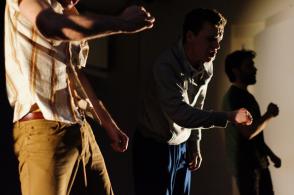 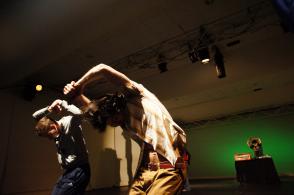 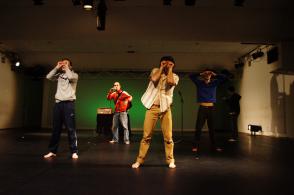 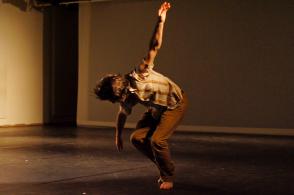 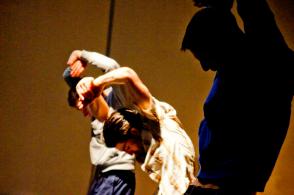 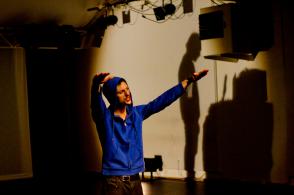 Anan Atoyama: Marc, why did you create this solo?

Marc Ribault: My father has been struck by a heart attack a few years ago. Without realizing it at the time, this event triggered in my subconscious a kind of groundswell that became a surging wave in my consciousness while I was coming back from a trip to India two years later. This wave drowned all fundamental reference points upon which I had built myself up to that point. It was a mixture of a delayed adolescent crisis and an early forty-something crisis. It was an experience that I needed to share because even though it is very personal, the question that it contains, that of the meaning of our existence, is universal and timeless. It is a question that easily resonates with the work of AToU.

A.A: It is not quite a solo, actually…

M.R: Indeed, I wanted to reveal psychological and emotional development: It is a narrative. I don't think dance is the best for telling stories compared to theater or literature. I therefore made the choice to mix the power of dance’s indescribable quality with other forms of storytelling, such as with the actor and rapper Boris Zordan, live music from the band T.I.N.A and videos projections. All of them interpret a different facet of my psyche, and that is why I consider this piece to be a solo. But don't worry. Everybody is given credit in the program!

A.A That sounds full, and maybe even a bit “busy.” How did you manage all these approaches?

I tried to observe three rules.

The first one has been to only use three pieces of music. One is the Bach’s famous Toccata in B Minor, performed by the harpist Catrin Finch. This acts as a unifying thread, recurring throughout the solo.

The second rule is having given Boris Zordan, my unconsciousness, the role to clarify the narrative progression through speech and acting: while dancing, I am the body reacting to the feelings and emotions that flow through me: the unconscious, Boris knows the reasons, anticipates the consequences, and handles every stage of what is happening to me, calling the audience as witness, like a kind of fair exhibitor.

Finally, the third rule is to clarify the stages of the narrative. I’ve been helped by the first speech of Nietzsche's Zarathustra. I relied on it for my own steps: The camel one, respect for the norm; the lion, rebellion and trouble; and that of the child, rebuliding in spontaneity.

The audience is not necessarily going to grasp all of the layers of reading in one go, but the essential thing is that they find the authentic subject in order to be able to build bridges between their stories and mine.

A.A: What kind of bridges exactly? What do you try to share with the audience, or to elicit?

I see each of our existences like a flower that can wit before we can enrich ourselves from its beauty. We live in a rich country and have for most the chance to be able to decide about our lives. It is easy to leave this responsibility to others or to let society decide for us and then one day: Bang! You’re not there anymore! Our anxieties and our fears are legitimate, but to escape them constantly makes us miss out on our existence: There needs to be shadow in order for there to be light. Is a swing made to only go up or down? If that was the case, how could you experience the joy of the moment of suspension between the two, when all potentials gather in this mystery outside of space and time? With this production, I hope to incite the audience to not be afraid of asking about their own death. It is currently liberating for me, maybe it will be the same for them too.