We touch a part of ourselves, an uncommon dimension that goes beyond us. 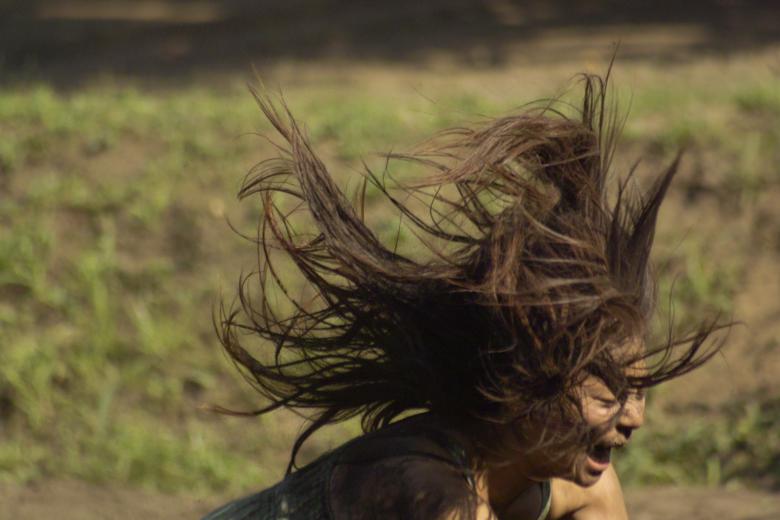 Which position can human beings assume in front of the majesty of the Nature? What relationships should be made in light of its power and beauty? Is there a common vocabulary shared between these two entities so that they might understand each other? Such are the questions the choreographer confronted in this creation "in situ". 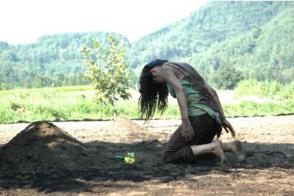 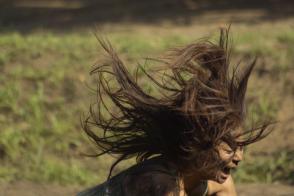 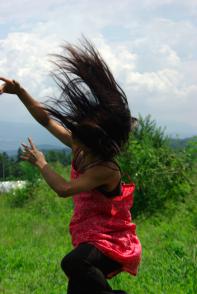 Marc Ribault: What led you to present a solo such as this one out in nature?

Anan Atoyama: I am sensitive to the forms of dance practiced in my country. One of the most known, Buto, is a source of inspiration for my work. Even before aestheticism, it is above all the frame of mind of the Buto artists that inspires me – their authenticity and their honesty. One of the great Buto artists who is still alive is Min Tanaka. More than thirty years ago, he settled in the middle of the Japanese countryside, in the Hakushu region, because he wanted to wed Buto with working the land. He therefore became a farmer and a dancer. It is a surprising combination, but for me it makes a lot of sense. Besides, as a teenager, I wanted to be a farmer. These are two activities that bring us back to basics. Min Tanaka sometimes organizes a festival where he invites some artists to create a new work on his land, then to show it in front of an audience. I wanted to participate in it, and I had the opportunity to do so in 2007.

MR: How was this meeting?

AA: I gave myself three days to create my piece and to perform it. In summer, nature in Hakushu is splendid. I was surrounded by it, amazed by every sign of life that it offered to me, every sound and movement of her immense body. The mountains and the clouds were so majestic and talkative that I spent my time listening to them. One day went by, then the second, and in spite of my efforts and my determination to produce a piece of choreography, nothing came out of me. I thought it was ridiculous to force people to look at a human's dance with such decor in the background. I was intimidated and felt unworthy of a partner so full of vigor and creativity. On the eve of the show I wanted merely to invite people to contemplate nature during one half-hour and to sit among them. When I was about to give up and cancel the presentation, something suddenly clicked. A dialogue could begin. I woke up at dawn, worked in harmony with the place that I had chosen and the performance turned out to be very beautiful.

A.A: It is difficult to find the time, for people like me who live in city, to revive in ourselves the space that we share nature. When this relationship can take life, the sensations and emotions that emerge, live, and disappear, are indescribable. Like a child who is reunited with his siblings or his mother after a long period of separation: there is excitement mixed up with shyness, tenderness through a physical need to remain in contact, a bunch of things to say... We’re touching a part of ourselves, an uncommon dimension that goes beyond us. However, it is essential, I believe. When we are in the city, we know it. In nature, we experience it.